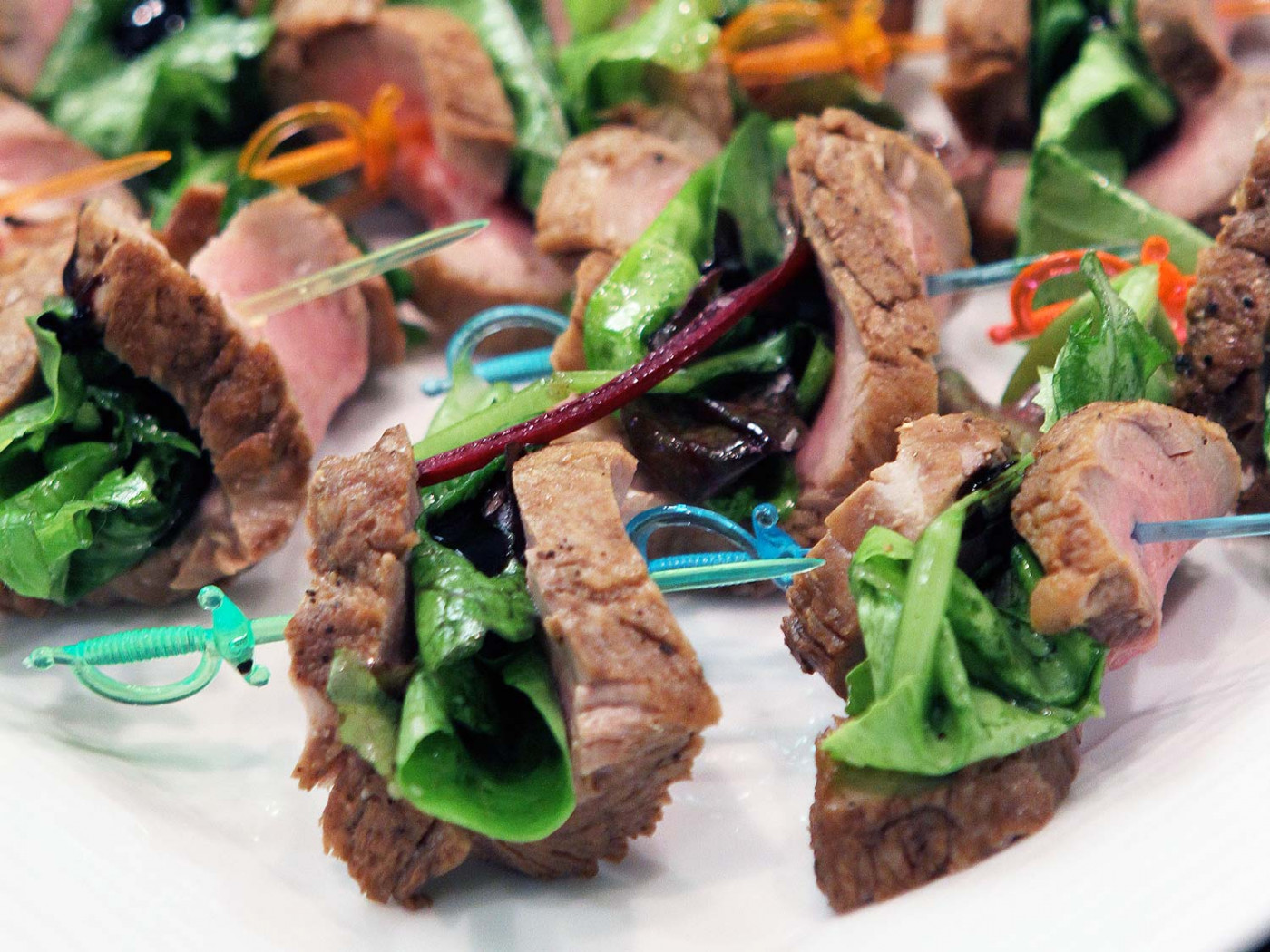 A Philosophy of Food, Anthropology, and Passion

The name Chaia Cucina is linguistically rooted in both Hebrew and Italian translating literally and figuratively as “Lifegiving Kitchen.” In that, I see the distillation of everything I love doing: cooking, designing, providing, entertaining, learning, creating, and of course, eating.

Food innately has the incredible capacity to nurture the spirit in so many ways; it can be stimulating, powerful, sensual, energizing. It can provide a window into history or create a pathway to experiencing something new.

For these reasons amongst myriad others, I have committed my life and work to learning about, understanding, and exposing all of the power food possesses and to honoring the place where it is infused with love — the kitchen.

If I can help people appreciate and enjoy the beautiful gift a great meal can be, I have done what I set out to do. I look forward to working with you and to enhancing your life through food.

Adam’s experience in restaurants, and the broader foodservice industry (26 years) has been varied and eventful. The bulk of his strictest day-to-day culinary education was gleaned in San Francisco, where he began as a line cook under chefs Reed Heron at Black Cat, and Brenda Buenviaje at Oritalia, and did an apprenticeship under Suzette Gresham at Acquerello. Also included in that period were short, but intense, stages at Olivetto in Berkeley under chef Paul Bertolli, and Boulevard under chef Nancy Oaks. Following these stints, Adam returned to Oritalia as the tournant, this time under the tutelage of chef John Nelson, and followed that by becoming the executive sous-chef at Mecca Restaurant under chef Mike Fennelly, who along with chef Brenda, became Adam’s strongest cooking influence(s).

Chef Kreisel’s full breath of cooking knowledge is a composition of training at the California Culinary Academy (where he received an AOS Professional Chefs Degree, graduating with honors), as well as time spent at the aforementioned establishments where cuisines had Asian, Italian, Creole, and Southwestern influences. Substantial influence has also come from years of travel abroad to over 20 countries, inclusive of copious time spent specifically in Italy as both a student (studying architecture in Florence from June ’92 – January ’93) and a chef (cooking in Chianti for 3 weeks during the summer of 2005, working as one of the two exclusive private chefs to Dick Ebersol and the NBC Executives during the 2006 Winter Olympics in Torino, and staging with renowned chef Mario Pulleda at his Ristorante Al Desco in Sarnico at the south end of Lago d'Iseo in the Lakes Region following those same ‘06 Olympics).

Adam’s first full venture as an executive chef and co-owner was The Globe Cafe / by Moonlight, a conversion concept restaurant with high-end deli/café-style fare for both breakfast and lunch, and full fine dining during the evening. The evening fine dining component (referred to solely as “by Moonlight”) was developed jointly between Adam and his two partners, Peter Berntsen and Chad Larsen. The restaurant was launched and the day menu reworked when Adam returned to Salt Lake City from San Francisco in April 2001. While the sustained life of the Globe Café/by Moonlight was not fated to be, the restaurant and Chef Kreisel garnered much praise during their two and a half years in business, including being awarded Best Undiscovered Restaurant 2002 from Salt Lake Magazine just after opening, and winning awards from both the City Weekly (Best Downtown Restaurant 2003, Editor’s Choice and Reader’s Choice) and Citysearch.com (Best SLC Restaurant 2003). Additionally, Adam was chosen to be one of three chefs to cook the prestigious opening James Beard Foundation Dinner for the IOC delegates to inaugurate the 2002 Winter Olympics.

Following the closing of the Globe, Adam spent time as the executive chef for the Sundance Resort, Robert Redford’s exclusive spa and village in North Fork Canyon, Utah. There his responsibilities had him overseeing two restaurants, two lodges on the mountain, a take-out deli operation and a full-time catering division, these outlets highlighted by The Tree Room fine-dining restaurant. Upon leaving Sundance, Adam spent approximately 3 years consulting in short stints for restaurants and food services in and out of Utah. These jobs took him to Arizona, California, Nevada, Dubai-United Arab Emirates, and the previously mentioned Torino, Italy. Locally, Adam helped to develop both the concept and design for Acme Burger Company, a gourmet burger restaurant in downtown Salt Lake. Adam was involved in the project virtually from its inception in January 2007 and remained at the helm of the kitchen until June 2008 when he left to spend more time with his daughter and follow other culinary pursuits, including his last restaurant, a venture with Tony and Matt Caputo called Tipica. Currently (since 2010), Adam is doing high-end catering and consulting through his company, Chaia Cucina. He is heavily involved in two non-profit organizations: Slow Food Utah (as a member of its Board of Directors), Waste Less Solutions (as its chef and an advisory BOD member), and other philanthropic pursuits, most often focused on children's hunger advocacy.

Prior to journeying to the Bay Area, Adam resided in the Salt Lake City area for three and a half years where he worked as a cook and manager at both Pinon Market/Café and Redbones Authentic Memphis-Style Barbeque (now Sugarhouse BBQ Company). Before cooking, Adam was involved in the architecture field as a draftsman, model builder, and site evaluator for a prestigious Salt Lake City firm. In addition to his architectural and culinary training, Adam has a B.A. in Economics from Trinity College in Hartford, CT. Born and raised in Boston, Adam first came to the Salt Lake City area to live in the summer of 1994 and stayed until the beginning of 1998, when he journeyed to San Francisco. He returned to Utah in 2001 to open the Globe by Moonlight. He currently owns a residence and lives with his 15 year-old daughter and willing food tester, Chaia, in the Sugarhouse section of the city. He and Chaia love to ski, hike, climb, beach lounge, camp, read, travel, and of course, cook and eat.

Chaia Cucina’s catering and consulting services allow you to make the most of the power of food to connect, celebrate, nourish, and make joy.